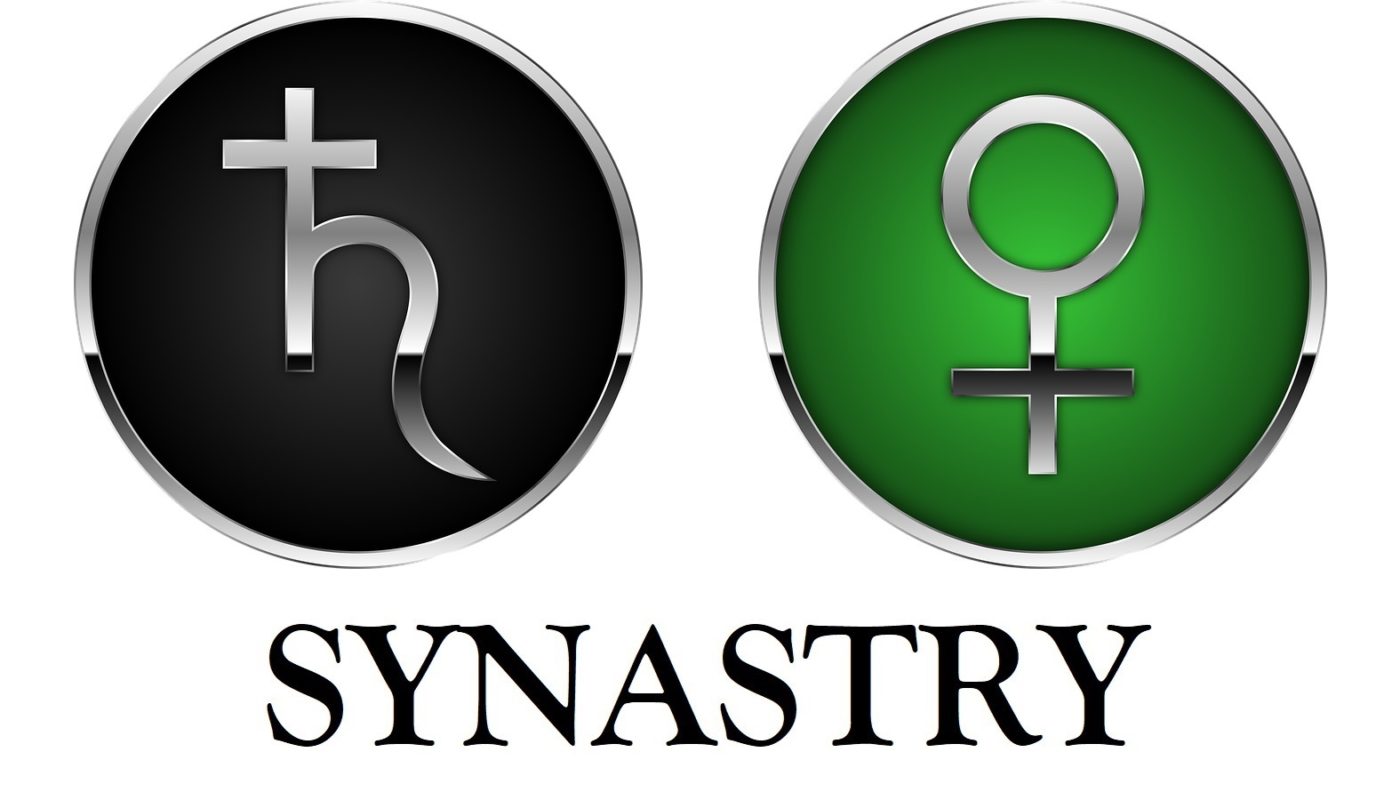 Saturn-Venus synastry combinations are usually based on the partners’ mutual interest in building business and financial projects. The aspect itself will not guarantee the formation of such a relationship; however, if Venus and Saturn are positive both in natal horoscopes and in the synastry, long-term friendship and mutual respect are likely to arise. In general, the Saturn-Venus aspects imply the strength and duration of the relationship, regardless of its nature, as well as a certain financial coloring.

Saturn conjunct Venus synastry is a favorable aspect in order to achieve financial well-being if Venus takes into account the criticism of Saturn and they work together. Saturn is pleased to accept the love that Venus offers but can be too persistent and demanding of it. The Venus man can sometimes be suppressed and limited by the Saturn of his partner. This aspect enhances tolerance and dependence in love and marriage and, if other aspects are favorable, it can play a positive role.

Saturn conjunct Venus synastry contributes to the duration of the relationship. In a positive scenario, the “Venusian” brightens the talents of the “Saturnian” while the latter stabilizes the emotional outbursts of the “Venusian”. Venus is capable of invoking Saturn’s devotion through sympathy and love. This aspect supports loyalty, tolerance, but Saturn should not insist on paying too much attention to itself.

In love and marriage, Saturn can cool the ardor of Venus unless other aspects indicate warmth and great mutual respect. Saturn feels a great responsibility for Venus, sometimes showing excessive concern and criticism. If this criticism is constant, it will hurt and annoy Venus, but Saturn will suffer on the inside if it refrains from criticism fully.

This type of Saturn conjunct Venus synastry is a karmic aspect where the man takes on the role of his father providing a solid foundation for the woman who subconsciously sees herself as a daughter or younger sister. Although at times the woman finds the man imperious and domineering, she can nevertheless give him the tender affection and admiration that his efforts deserve. Through mutual respect and sincere concern, this aspect can form lasting bonds of love.

In this variation of Saturn conjunct Venus synastry we find a harmonious permutation of roles as the man, subconsciously identifying with his anima figure, tries to please the subconscious expectations of the paternal image of his partner. The woman, in turn, is identified with the protection and patronage of her father. By playing with her fatherly image, she can add confidence, wisdom, and strength to her partner. Slow but sure growth occurs as genuine concern becomes the dominant note in this relationship.

Saturn trine Venus synastry promotes a strong sense of friendship and mutual sympathy in the relationship, as well as trust and loyalty. And, although this combination does not in itself form a strong physical attraction, it ensures stability and strength if romance forms under the influence of other synastric factors.

Saturn trine Venus synastry is considered effective in family relationships if the “Saturnian” is the parent. The necessary discipline and moral stability of the partners is skillfully combined with their mutual love and respect. The “Saturnian” helps the “Venusian” to feel confident in emotional and material relations while the “Venusian” shows love, the warmth of feelings and emotions, and the beauty of self-expression.

Under this variation of Saturn trine Venus synastry the woman admires the strength and protective qualities of her partner. He is her fortress and the reliable shoulder that strengthens her character. As a father figure for his symbolic daughter, the man teaches the woman how to channel her creative energy and focus her love instincts so that they ultimately have more meaning. This harmonious aspect can result in stability and lasting love.

In this type of Saturn trine Venus synastry, the man learns about his own strength through the protective and supportive position of the woman. She patronizes and supports him, playing the role in which her father excelled in her childhood. The man can see her as his own father, thus remembering how he was encouraged to translate creative ideas into practical form. Through patient care and enduring love, this aspect can bring about a kind of marriage where the partners outgrow their childhood patterns to realize fulfillment and considerable personal development.

Saturn square Venus synastry relationships are characterized by unfriendliness leading to many difficulties. In most cases, the individuals meet for the first time completely unexpectedly through acquaintances. This synastry is not considered promising for marriage and romantic relationships since they are based mainly on materialistic grounds.

Venus will gain a lot of sad experience through this synastry. Saturn will be truly demanding, limiting, selfish, judgmental, resentful, critical, and jealous, and may even have a personal dislike for Venus. Venus would find it impossible to love Saturn or, if this happened, it would only be a show caused by fear or anxiety.

Saturn square Venus synastry is an unfavorable aspect for family relationships, especially if Saturn belongs to the parent. In any close alliance, Saturn brings sorrow and anxiety to Venus, and the latter will look for opportunities to hide and avoid the influence of Saturn.

In love and marriage charts, the “Venusian” usually becomes unhappy and feels the dominance of the “Saturnian”. Financial problems are likely to arise. Saturn tends to place great responsibility on Venus and often blames Venus for the problems they faced together.

In this version of Saturn square Venus synastry the woman works her way through subconscious problems that she has not yet resolved with her father. She may take on the role of a daughter and try to fulfill her father’s expectations through a relationship with this partner. The man, instead of communicating with her on an equal basis, tends to underestimate the woman’s qualities that he wants to shape and change so that she can meet his Saturnian standards.

The karma indicated by this Saturn square Venus synastry includes teaching each partner how to see the other as an individual, regardless of the roles they both play, as well as helping each other solve past problems. Strong feelings of affection create pseudo-family relationships. This aspect is very difficult but often necessary for those who need this experience for their spiritual growth.

This version of Saturn square Venus synastry is intended to enable evolutionary growth in both partners. The man subconsciously plays a female role and sees in the partner his father’s positions of power. Since the woman suppresses his aesthetic sensitivity, he symbolically relives the feeling of love that he had given to his father: which, apparently, is perceived with coldness. At the same time, the woman may see herself as accepting the fatherly role in order to help the man’s consciousness reach maturity.

The woman wants the man to take on more responsibility instead of focusing his feelings only on the search for beauty and aesthetics, which causes her subconscious disappointment. She would probably prefer to play a female role in this relationship if only the man could lead. As a result, both partners experience difficult karmic lessons. Irritation, frustration, and codependency can be the predominant factors in this Saturn square Venus synastry relationship.

The Saturn opposite Venus synastry

Saturn opposite Venus synastry relationships are characterized by a cold emotional inconsistency of the partners. They do not voluntarily seek to form a relationship; rather, the circumstances may force them to do so. In this regard, the relationship is often built on some hidden motives (such as material gain or social status), not on frank friendship and sympathy.

The “Venusian” considers the “Saturnian” cold, insensitive, rude, and overly disciplined, while the latter considers the “Venusian” lazy, superficial, and irresponsible. Saturn opposite Venus synastry is not considered promising in pedagogical and educational relations due to emotional incompatibility and lack of mutual understanding between the parties.

In social relationships, Saturn opposite Venus synastry is also not positive because the partners treat each other with formal coldness. The aspect is more promising in business and professional relationships if the partners are mature, honest, and responsible.

In this variation of Saturn opposite Venus synastry the woman may be subconsciously aware of how her father was holding back the development of her personality. As a result, she feels that she needs to assert herself in front of her partner. The man can play the role of his father to avoid feeling vulnerable to the female aura. Here, karma will be worked out between the roles of father and daughter until each of the partners appreciates the value of the other. The coldness of the Saturnian wall restrains the natural flow of feelings in this synastry, so one can hardly count on an easy and free expression of love.

In this type of Saturn opposite Venus synastry the man fights subconscious paternal conflicts through his anima. He feels inferior to his partner whose imperiousness or authority may be too much for him. The conflict between (1) traditional (or parental) pursuits of practicality and (2) the man’s naive interest in art, music, aesthetics, and the expression of genuine feelings comes to the fore in this synastry.

The woman who is trying to find her artistic and natural side is internally resentful of the responsibility and burden that she must bear. When she projects this burden onto the man, he feels underestimated for his receptivity. Thus, the free flow of love is restrained by a karmic learning process where each partner must face one of his or her most challenging sides.

Saturn sextile Venus synastry forms very favorable relationships for business and professional activities, especially in those spheres of life where organizational and diplomatic abilities are required of them. The “Saturnian” helps the “Venusian” to organize and practically realize the possibilities of self-expression of artistic and socially acceptable talents. In turn, the “Venusian” provides the diplomatic and representative side of the activity for the more effective realization of the professional and business abilities of the “Saturnian”. In romantic and marital relationships, the connection is based on mutual responsibility, loyalty, and respect.

By itself, Saturn sextile Venus synastry does not guarantee the romantic infatuation of the parties with each other, however, if other factors in comparison favor this, it can become a guarantor of the stability of the relationship. This aspect is similar to conjunction, but without the danger of manifesting its negative qualities, or without Saturn’s tendency to claim and absorb the energy of Venus.