Sun-Pluto synastry. The Sun beckons Pluto with its light, charm, and warmth, and the most distant planet is attracted to it like a moth to a flame. When the process of recognizing each other begins, Pluto intrigues the Sun with its mysterious depths, forcing it to dive into the study of its personality.

Both the Sun and Pluto are associated with power, but this power has a different character. The Sun is the clear leader while Pluto is the secret cardinal. The Sun is our ego, and Pluto wants to change everything it touches, even if it does not show clear intentions: this is the nature of Pluto. Both the one and the other want to establish themselves in domination over each other, but Pluto wins in this battle. He allows the Sun to relish the notion of power but in reality, it is Pluto who dominates the synastry relationship.

The Sun conjunct Pluto synastry is very similar to the Sun-Mars combination, differing from it mainly by the depth of the produced effects. The key problems lie in the fact that the “Plutonian” strives for self-expression no less than the “Solar”; as a result, clashes proliferate.

No favorable development of relationships is possible without mutual respect and freedom. If individuals fulfill these conditions, their joint activity will be very effective. Metaphysics, occultism, and other sciences may well constitute an area of their common interests. A powerful psychoanalytic foundation with obvious occult tendencies may well be laid in the foundation of the Sun conjunct Pluto synastry relationship. In intimate life, the manifestation of a strong physical attraction is obvious, especially if the Fifth House of one or both personalities is included (aspects of the Sun or Pluto with the ruler of the Fifth House, or with the planets of the Fifth House, etc.).

In the Sun conjunct Pluto synastry, the energy principle collides with that of reformation and elimination. There will be a power struggle, especially if both personalities have strong-willed characters. In close alliances, Pluto forces the Sun to change, transforming external circumstances through shared experiences. In this case, the transformation of the personality itself can occur.

Conflict is possible if the people belong to the same generation. Otherwise, (for example, in the relationship between parents and children) we can rather talk about a natural conflict of generations due to different views on life. Pluto can have a hypnotic effect on the Sun. We sometimes find Pluto conjunct the Sun synastry between people from different cultural and educational environments, or between people of different nationalities.

This version of the Sun conjunct Pluto synastry speaks of the possibility of a fickle relationship. The combination of the darkness of a woman’s subconscious urges and the light of a man creates fiery extremes. In everything, the best and the worst are tested. The man can transform the woman thanks to his light, and she can lead him to depths that he never knew existed. The fountain of truth gushes from the well here.

This variation of the Sun conjunct Pluto synastry gives the possibility of an exploitative relationship as the man may try to find value in his partner which he cannot find in himself. At the same time, the woman tries to transform her partner by giving him her light. She usually suffers as he brings her into contact with forces for which she may not be prepared. If the relationship continues, she becomes stronger and may eventually learn to find the depths that the man revealed to her. Only by knowing what seemed to be an eclipse at noon does a woman begin to understand the reason for the mystical depths that she experienced.

The Sun trine Pluto synastry works great for strengthening joint efforts in the creative sphere of activity, both in the inner world of individuals and in the external, contributing to the partners’ mutual improvement. The individuals have a positive effect on each other, constantly stimulating the energy potential of the will and their personal ambitions. The sphere of their mutual interests, as a rule, includes intellectual and spiritual activities. The Sun trine Pluto synastry is very favorable for corporate finance. The additional duality of the Fifth Houses of their horoscopes implies successful cooperation in the field of art, especially the performing arts.

Pluto trine the Sun synastry enhances the physical attraction of partners in romantic relationships. It is very likely that there is a stable intuitive connection between these individuals.

This variation of the Sun trine Pluto synastry blends the forces of light and darkness together to develop a sense of combined power that helps the partners experience the best of both worlds. The man brings out the raw energy in the woman, which helps her realize her strength. By polishing her natural talents and developing strength, she raises her partner to the greatest heights. There are many transformations associated with this aspect. The man’s truth and light can use the raw energy symbolized by Pluto to make discoveries while the woman’s subconscious energy needs to be worked out and cut before she can sparkle like a diamond.

In this type of the Sun trine Pluto synastry, a constant rebirth similar to sexual power is brought to the surface and awareness. The woman realizes that the man has the qualities necessary for her transformation. When the man subconsciously tries to control the woman’s light, he inadvertently comes to the truth. This aspect can result in wisdom, wealth, and strength, and both individuals eventually come to realize the richness of inner existence.

The Sun square Pluto synastry implies the struggle for power. The “Plutonian” not only resists the authoritarian tendencies of the “Solar”, but itself tries in every possible way to remake and “melt” it. Hostile disagreement with the opponent on all issues of being and worldview is exacerbated further by complete disharmony in the sensory sphere and in the area of intimate relationships. Aggressiveness, exactingness, and even physical collisions are to be expected.

In the Sun square Pluto synastry, the creative principle conflicts with the principle of reform. In close relationships, the impact of people on each other is accompanied by friction. Pluto opposes the authority of the Sun and will be jealous, envious, rebellious, demanding, and even vengeful. Pluto resists the comments coming from the Sun and will try to change it.

In marriage, Pluto can undermine the Sun’s trust and adversely affect its moral and ethical ideas. Even in generally favorable comparisons, Pluto will try to change or reform the Sun. In this union, adultery can arise. Until the differences in temperament are understood, correctly perceived, and adapted to, the reactions of the Sun and Pluto in these cases should be considered as unfavorable. In friendship, Pluto square the Sun synastry points to periodic trials that test the partners’ tolerance and loyalty to each other.

This version of the Sun square Pluto synastry appears to reinforce subconscious paranoia towards the opposite sex. The attraction is so strong that a woman feels it to the very depths and withdraws into herself for protection. Both people are afraid to be overly open with each other, to open up too much means to be overly vulnerable. They can have an almost obsessive interest in each other while striving for distance, which symbolizes safety.

This version of the Sun square Pluto synastry can bring a deep understanding that causes confusion in the beginning. Each person must respond to new inner sources before he can correctly understand the other. The woman can be viewed by the man as a chaste virgin. He, in turn, is seen as a force that can overcome her virginity. She trusts him, but he may not trust himself. With the interchange of light and dark forces, great power arises that can help a relationship flourish. But first, everyone must deal with the personal concept of himself or herself.

The Sun opposite Pluto synastry

The Sun opposite Pluto synastry implies the emergence of such relationships where the collision of energetic volitional potentials is simply inevitable. If the “Plutonian” is more dynamic and has great volitional potential, then it will certainly try to dominate and mentally oppress the “Solar” which, naturally, will lead to a violent protest of the latter who does not want anyone to try to change her personality. By displaying authoritarian and egocentric habits in relation to the “Plutonian”, the “Solar” will certainly face a negative reaction.

This is a difficult type of the Sun opposite Pluto synastry for a long-term relationship. It creates a strong sexual attraction, but a considerable distance separates the two people. The man may have a tendency to humiliate the woman as if showing her the most miserable parts in her helps him find the noblest traits in himself. The struggle between the forces of light and darkness becomes a constant source of irritation. But even so, this relationship can lead to significant spiritual growth.

This aspect seems to create an arena for animal instincts to surface. The honor and nobility of the woman is destroyed by the rudeness of the man when he moves from the very bottom of the inner depths to get in touch with her light. During this time, she can gain spiritual strength, as he begins to realize that there are higher levels of Plutonian energy. With this aspect, sexual degradation sometimes manifests itself, but if a woman has high moral ideals, she will be protected. If at the beginning of this relationship the woman gives in, she will ultimately rise up as her sense of honor and self-worth grows stronger as a result of trials.

The Sun sextile Pluto synastry is characterized by the fact that in the process of relationships, individuals constantly stimulate the volitional intentions of each other in the direction of creative self-expression and self-improvement, in order to solve the problems and tasks. They support each other and make every effort to ensure that all good undertakings have constructive solutions.

Pluto sextile the Sun synastry is most preferable for creative individuals collaborating in the field of art. The “Plutonian” tries to raise the level of awareness of the “Solar” who, in turn, helps the “Plutonian” to use its discernment efficiently in practice. The area of ​​their common interests often includes the occult.

In the Sun sextile Pluto synastry, the energy principle is in harmony with the principle of reform. There is no strong mutual influence here. This aspect can be useful for partners to exchange ideas. It stimulates initiative, enterprise, and ambition in both individuals and may be beneficial in business or political alliances, and especially if the people are engaged in research or activities to promote goods and services. 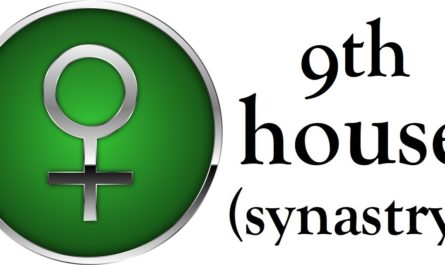